This Book is free of charge and can in no way constitute a source of business.

You are free to copy this Book for your preaching, or for distribution, or also for your Evangelism on Social Media, provided that its content is not modified or altered in any way, and that the website mcreveil.org is cited as the source.

Woe to you, greedy agents of satan who will try to market these teachings and testimonies!

Woe to you, sons of satan who like to publish these teachings and testimonies on Social Media while hiding the address of the website www.mcreveil.org, or falsifying their contents!

Know that you can escape the righteousness of men, but you certainly will not escape the judgment of God.

You snakes! You brood of vipers! How will you escape being condemned to Hell? Matthew 23:33

Dear brothers and dear friends, Professor Jean-Bernard Fourtillan is in Danger of Death. The French Government has decided to destroy him. This is therefore a cry of distress that we are sending to you, so that everyone at their own level leads the fight necessary to save this humane, courageous Professor, who has chosen not to make a pact with the satanists in their plan of destruction of humanity.

1- Who is Professor Jean-Bernard Fourtillan?

He is the French scientist by whom the truth about the exact origin of Covid-19 has been revealed to the world. It is thanks to him that the whole world now knows that "Covid-19 was made in France by French scientists at the Institut Pasteur from natural Sars-CoV, coronavirus, then transferred to Wuhan where French people of the Institut Pasteur released it deliberately, unbeknownst to scientists in the Wuhan laboratory and the Chinese government." We all know now that the French satanic government is behind this crime against humanity.

If many other serious scientists have risen to denounce the comedy that the leaders of this world are playing by presenting us with an easily curable flu as a pandemic, Professor Jean-Bernard Fourtillan remains the one who allowed us to know with precision, everything on the origin of this so-called pandemic.

2- Where is Professor Fourtillan at present?

He was arrested, supposedly because a summons was issued against him by a Parisian examining magistrate. He was then remanded in custody at the Nîmes detention centre, according to the Nîmes prosecutor. But curiously enough, rather than finding himself in this prison, he is committed, against his will, to a hospital, precisely to a psychiatric institution, and deprived of any visit.

3- The Fate of Professor Jean-Bernard Fourtillan

The Illuminati and the Freemasons who lead France have decided to put an end to Professor Fourtillan's life, for having exposed their disastrous project of planetary genocide. We will reveal to you the decisions they made in their secret meetings. These demons found themselves in their black masses to examine the fate of Professor Fourtillan.

Some demanded his assassination; others found that not only should the assassination project attract the attention of the whole world, but in addition, it should not solve the real problem, which is the truth that the whole world already knows, about the true origin of Covid-19. They showed a little more ingenuity, by proposing instead that he be arrested, that he be committed to a psychiatric centre, and that he be driven mad. Once he has lost his mental faculties, he will be shown on television all over the world as a schizophrenic, and it will be said that his comments about the manufacture of Covid-19 in France by the Institut Pasteur were linked to his failing mental health. Still others preferred a combination of the two solutions, that is, to make him mad and then kill him. Know that the people of satan are extremely cruel.

So you now have an idea of what awaits Prof. Fourtillan in the coming days. Either he will be murdered, or he will be presented to the world as a madman, and all the lying media at the service of these demons, will relay the information that he has been suffering from schizophrenia for several years, and that his words concerning the origin of Covid-19 would be the result of it.

You'd better take Professor Fourtillan’s case very seriously. He will certainly be murdered, or driven mad, unless God in His grace intervenes. This case strangely resembles another that happened 24 years ago, the case of Serge Monast.

Serge Monast is this Canadian investigative journalist, who made it his mission to expose the diabolical plans of the Illuminati and the Freemasons. Since 1993, he had revealed this secret Covid-19 project that the Illuminati were already preparing, and which was to lead to the chipping of the whole world, that is to say the imposition of this Covid-19 vaccine on all humanity, followed by the imposition of a microchip on the hand or on the forehead of each inhabitant of the earth. It is this satanic project that the Bible calls in the book of Revelation chapter 13, "The Mark of the Beast".

So what is happening today, and which for many seems to be something new, is in fact a project in preparation for decades, in the world of darkness. The so-called Covid-19 pandemic that the demon Macron has come to put into execution is by no means a new project. It is an old project of the Illuminati and the Freemasons, which is just reaching its final phase. So Covid-19 is not a pandemic, and its vaccine is not a simple vaccine. It is a poison with irreversible effects. It is a definitive contract that people will sign with satan by taking this vaccine. That is why we must denounce it, and that is why no one must accept it. Those who accept this vaccine will have sold their souls to the devil.

Serge Monast was assassinated on December 5, 1996, by the Canadian government, at the instigation of the demons Illuminati and Freemasons. Before murdering him, these scoundrels had destroyed his family, and had taken custody of his two children. This is exactly what is happening with Professor Fourtillan. His wife has disappeared and is unreachable, like the rest of his family. The French government has vowed to destroy him, just as the Canadian government did for Monast.

6- How to help Professor Fourtillan?

All of you who are born again Christians must pray and fast for him. It is a serious spiritual warfare that must be waged. Do not forget that the Illuminati and the Freemasons are powerful people, so powerful that they even think they are all-powerful. You can only resist them by relying on the power of Jesus Christ, who according to the Bible is the greatest power.

And all of you who do not believe in Jesus Christ as being the true God, you must undertake all possible actions, which may lead to the failure of this plan to assassinate Prof. Fourtillan. Know that the French satanists who are behind this disastrous project, with the help of their companions from other countries, are not ready to endure the humiliation they have suffered with the exposure of the true source of Covid-19. If God does not intervene, they will end the life of Professor Fourtillan.

All of you Children of God who will lead the spiritual warfare for Prof. Fourtillan, do not forget to fight the same battle for all the other scientists, researchers and honest people who are denouncing and exposing this satanic vaccine that will be imposed on the world in the coming days. Their lives are also in danger. Each of them is a target of these agents of satan.

7- Other Revelations by Serge Monast?

For those of you who have never heard of Serge Monast, you can read some of these revelations at www.mcreveil.org in the Illuminati section. You will find articles such as "Le Plan de marquage de l'humanité" meaning "The Plan for chipping Humanity", "NASA's Project Blue Beam", and "The Toronto Protocol". Serge Monast was a very determined and well-informed man. It is since 1993 that he exposed this Covid-19 and vaccine project, which is being imposed on the world now, for the total control of humanity.

Mobilize for this case, and massively share this cry of distress!

Grace to all who love our Lord Jesus Christ with an undying love!

If you have run away from fake churches and would like to know what to do, here are the two options available to you:

1- See if around you there are some other children of God who fear God and desire to live according to the Sound Doctrine. If you find any, feel free to join them.

2- If you do not find one and wish to join us, our doors are open to you. The only thing we will ask you to do is to first read all the Teachings that the Lord has given us, and which are on our website www.mcreveil.org, to reassure yourself that they are in conformity with the Bible. If you find them in accordance with the Bible, and are ready to submit to Jesus Christ, and live by the demands of His word, we will gladly welcome you.

The grace of the Lord Jesus be with you! 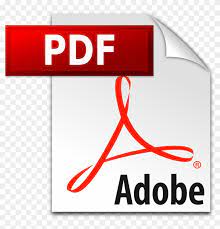